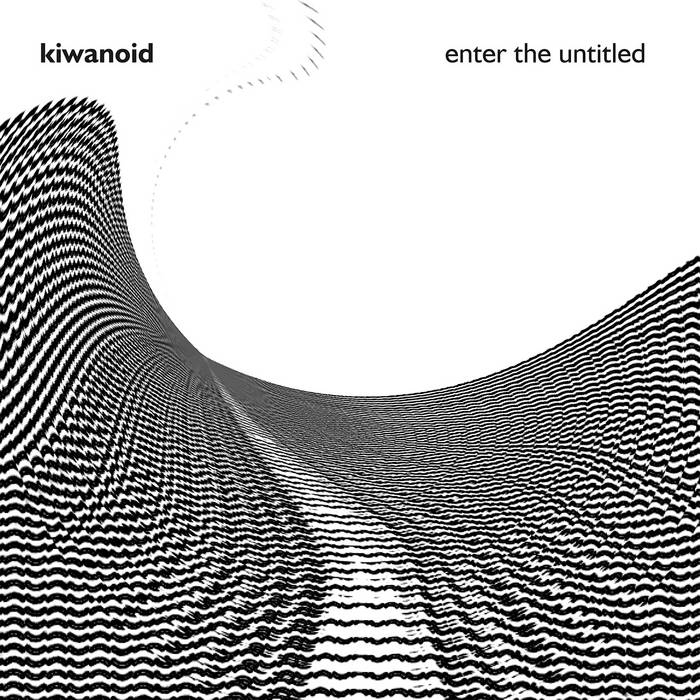 sjah83 This one should be a «must have» for experimental-electronic-lovers all around the globe. Perfectly timed, awesome sounds. A step ahead into a journey of incredible musical concepts. Five stars. Favorite track: enter the untitled.

The full-length debut by kiwanoid – “enter the untitled” is a difficult-to-define sound environment somewhere between sound art, sound sculpture, conceptual art and post-techno. It operates directly with the states of consciousness and the zones of perception. According to the audible, it can be assumed that there are basically all kinds of machines in this environment. Some of them are old, big and capable, and drowsily-buzzing, while others are small, modern, dependable and electronic, subtly tweeting. And the third type, which operate at a relatively unobtrusive distance, are modestly functional and smooth, but are irresistibly skilled techno-conveyors. At the same time, not all of these machines work as haphazardly and spontaneously, but leave behind an inaccessible, mystical organization on the other side of good and evil, order and chaos, the enigmatic patterns of technopaganism, and the sterile digital minimalism of glitch conceptualism. Illogical compositions constantly deceive perceptions and assumptions, creating a feeling of inescapable alienation. There is a desire for total psychedelia, which at the same time becomes a clinical control, such as the confusion of a pattern of tablets stacked in an abandoned hospital, so that it forms a new sequence in which a synthesis of chaos and order – frightening in its incomprehensibility – occurs.

Nine tracks have been arranged and composed, using only the sounds of a legendary Buchla 200 modular system at the Stockholm Electronic Music Studio. Buchla 200 has been called “the Stradivarius of synths,” so the richness and totality of electronic circuits are absolute and original in an ontological sense. As the possibilities of Buchla are like a universe, then this record is a zen garden in that cosmos.

kiwanoid (alias KIWA) is an Estonian multichannel artist, and pioneer of contemporary experimental art since the 1990s. He has participated in more than 400 exhibitions and festivals around the world, including Moderna Museet, (Malmö, Sweden), Tate Modern (London, UK), Stedelijk (Amsterdam, Netherlands), the Kitchen (NYC, US). He actively explores and blends different media, all together functioning as a hypertextual research of meaning-making and cultural codes, collective and personal myths.

He started experimenting with sound in the late 80s, was involved in some of the fastest punk-bands in the 90s, and moved to free electronica around 2000 with the intention of finding unheard sounds and to create unique compositions.