star of the west 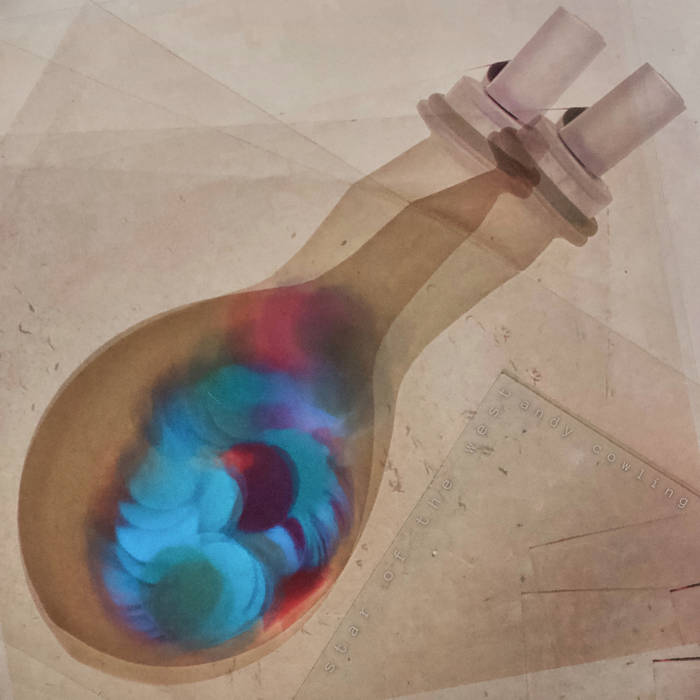 What is the source of this grimly grinning satiety we feel?


'star of the west' follows 'July 4, 2020' and 'November 2, 2020', two releases in which Andy Cowling musically interprets current socio-political developments in the United States of America. In contrast to this interventionist approach, the present album refers to events from the beginning of the Covid-19 pandemic to the storming of the Capitol in January 2021. Viewed from a temporal distance, 'star of the west' reveals itself to be a fully weaponised show.

A time-stretched panorama of antagonisms.

Slow developments in music are often in the service of a gentle and reformist deceleration. But what is the purpose of this prominent technique of time-stretching in 'star of the west'? It is clearly to another effect. Pop, political chatter, weapons of war, mass hysteria, varied forms of entertainment - spectacles par excellence are stretched out until their soundscape condenses into noise. A procedure which reminds us of those methods of torture, which by prolonging the pleasurable turn it into unbearable torment. Through elongation, the spectacles reveal themselves as always the same and become insufferable.

What could be the meaning of noise?

Unbearability. Sonically as well as in relation to those political events which the music embeds in its narrative. By sonically reliving them, they simultaneously turn out to have really happened and on the other hand to be irrelevant cover stories, false political propositions, hopes and fears.

In slow motion, Cowling arranges the events in a chronological-commentary order: Provided that the decoding succeeds, the social and political sequences become more comprehensible.


“
[02:47, 29/12/2021] Andy Cowling: So for this text - the album is largely centered on the spectacle. Starting with the flyover and the national anthem reminiscent of football games. Overlaid with the spectacle that is the Covid pandemic. Moving towards an election that will result in essentially no change. The entire world is watching - also referring to the outsized weight this event has when it is all theater. Ending with scenes of a failing war. Just wanting to get some action and to prove the empire still has power. Moving towards then the failed rocket launch that was still heralded as a success by Elon fanbois. Overlaid with the naive expectations of the Hilary Dems of 2016. Launching into another rendition of of a declaration of being ready to fight but having this super petty chant of na na na hey hey goodbye from a football game. Then we go into election fraud claims from trump and the again petty redaction from newsmax overplayed on top of the melody of America the beautiful. Then we have a long and anticlimactic celebration of the Biden victory. Hollow ideology and promises again culminating with the statement that it was like when the eagles won the Super Bowl. End of track 2 is the explosion from the failed launch with the song you are gonna reap what you sow. Next stage the Jan 6 insurrection. Again comically petty and naive. Moving into the hollowness of hyperpop and ultra naive idea that Biden has solved all problems as a coup attempt unfolds in real time. Ending again with this track refuting all claims of evidence - ending with the idea that really the problem was just simping for trump. Overall the album is super ambivalent to these overt political things. Critical of not just trump but also the idea that an “opposition” via Biden actually changes anything whatsoever.
”


THE SPECTACLE CHARACTER (if such a specification was still possible) additionally stems from material derived solely from “the” media. It is made from and for YouTube (content): mobile phone videos, news reports, live streamed events. Cowling creates a sample collage while acknowledging the domination of the spectacle, and brings it to its logical sonic conclusion. At the same time, however, he attempts an intensifying of political hopelessness in order to mobilise the listener. Confronted with the course of events, the listener enters into an anticipatory tension between a desire to destroy and the passivity of listening itself. Music is no longer sufficient, not even self-sufficient.

In relation to politics, music takes on a multifaceted role in 'star of the west'. In addition to a rendition of the US national anthem, a Democratic campaign song, stadium chants, folk music and Yo-Yo Ma’s Amazing Grace/Star Trek medley for Biden's election victory, find their way into the commentary section. A punkish encore completes the Negative Americana. An Americana devoid of expanse and nostalgia, but also devoid of the typical consumer-cultural critique.

Instead, as a pure downfall scenario:

The USA finds itself at the endpoint.

Its societal division is easy to lament.

The state of pop weighs much more heavily.

It is a clearer symptom of the problem.

It expresses the whole hopelessness of the situation, because it serves as the soundtrack of “both sides”, or is superimposed to “heal the divide”.

It makes the downfall’s eventuality apparent to our ears.

In 'the entire world is watching', the national anthem becomes pop. Pop has been declared the common denominator of a society. In this light, pop appears with great clarity as the cultural spearhead of a global hegemony, as a phenomenon to be historically classified. The current diversification of pop only means that it has already infiltrated all areas sufficiently to now normalise and universalise itself. Finally, it is pulverising its own roots to become unassailable. Pop was militarily trained to promote an all-encompassing naivety that perceives the existing as without alternative – the true message of healing the divide.

Pop politics is the condition that Populism serves to conceal.
After over a year all this has been normalised. The gaps seem at least somewhat covered but the edifice of power will not be stable for all times. The album’s ambivalent last minutes will continue to remind us of this simple fact: Do not allow its wounds to heal.

Sampa The Great joins the show to discuss her release, "As Above, So Below".